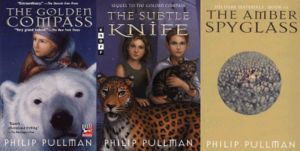 You’ve seen it on FoxNews. You’ve heard Bill Donohue, president of the Catholic League, harangue about it. You’ve gotten dozens of emails calling for its boycott. But what’s all the fuss about The Golden Compass? What should I look for if I read the trilogy or see the movie? How will I talk about it around the water cooler at work? What should I say to my classmates about it? Movies as controversial and decidedly anti-Christian as the His Dark Materials Trilogy, naturally create a buzz which draw out our views as to how we as Christians relate to the world.